Never Give Up On YOU 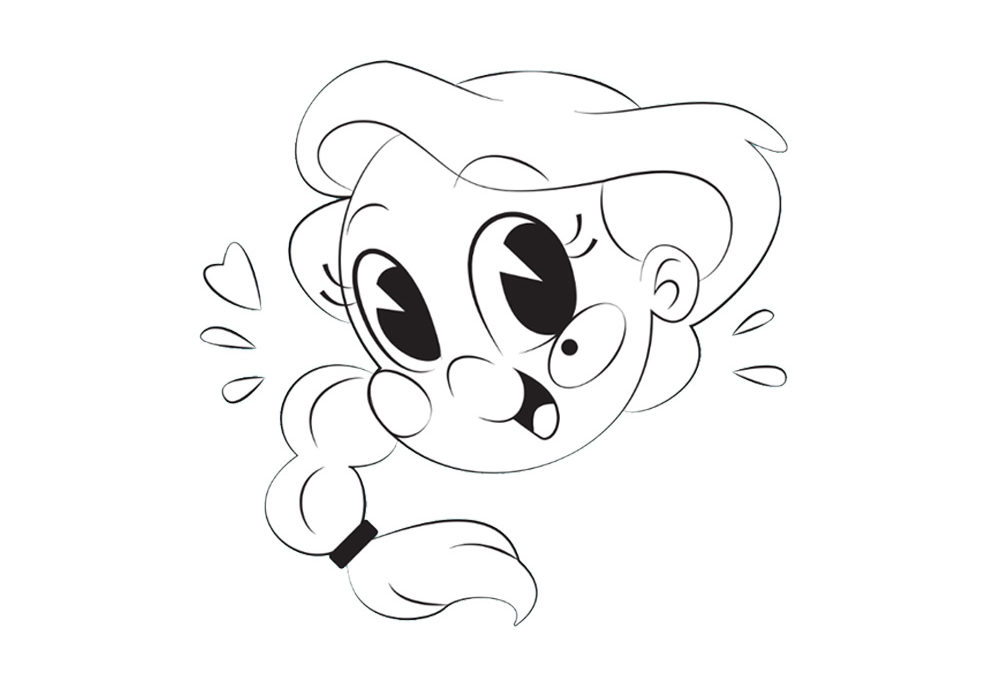 I’ve struggled as an artist in so many ways. In this post, I want to share a few of these struggles and how I felt at the time with you.

I’ve seen so many amazingly talented people lose jobs and have to start a new career or search and search for their next opportunity to a point where they’ve exhausted their savings and have accumulated a decent amount of debt because they couldn’t afford to pay for rent or even that months groceries. This happens too much to too many people. Whether it’s with in the art industry or not, this is a reality for a lot of good people.

I was one of those people last year.

The year didn’t start out bad. We had had a decent Christmas and I was looking forward to the “holiday drought” being over (that’s September thru December where there is basically no one looking for freelancers… at least that I’ve noticed over the years…it’s a weird pattern…) and getting some much needed work to make up for the lack of it. We were doing fine at the time money wise. I had accumulated a decent amount after a large project had concluded, but of coarse, being a freelancer, I was constantly on the search for my next job so I could feel secure for the up coming months.

That’s one thing I really wish I had more of. Consistency. Sure, it’s a ton of fun having so much variety with creative jobs but I would love to work on a project or even work with a company on a full time basis for a solid year. I don’t even have that yet… but I know someday it’ll happen.

Anyway, as 2018 began, it seemed like it was going to be a decent year. I had two job start up that February and I was looking for a third and fourth, but as March passed, nothing. Then April… nothing. And then May… not a single inquiry. I was starting to really stress at the end of June. I felt that my tactic hadn’t changed from the successful year of 2017… I had updated my profiles, my portfolio was looking good and I had updated my resume with all the new experience I had. I looked GOOD and I knew I was desirable as a freelancer. So, what was happening?

Those two jobs I had gotten those months before weren’t consistent and didn’t pay enough for me to live off of, and even with my husband’s income, we were struggling each month to pay rent and even buy food for our table.

It felt more and more like California didn’t want us living there anymore.

Talks of moving early to get out of our lease and crazy price of rent was talked about. Selling furniture and anything we could spare was talked about as well… Life was truly depressing and every time we had to use the credit card to pay for groceries, gas, and rent… my heart would sink, because I knew it was my fault. Or at least it felt that way, and the weight of that feeling dragged me down. I felt worthless. Like the years of experience meant nothing. I started taking random, poor paying jobs that required too much for the pay… but I was desperate. I wanted to keep my dream of being an artist alive… but the dream was dwindling. The only thing that kept me going was my husband’s support.

Him telling me that I had talent and that if he didn’t believe that, he would have told me to get a job at the Target down the street. His faith held me together.

We made a very large decision that May. We decided that we were moving out of California (the only home I’ve really ever known) to move to a place I had never been to. Austin, Texas. We just couldn’t afford California any longer and if we ever wanted to own a home or eventually get out of debt, we couldn’t do that in California. It made me so sad… it honestly felt like California didn’t want us there anymore.

We had just moved to Austin, Texas in August… and for the first time in a long time I felt OK, like we were going to make it and be able to afford to just… LIVE. Leaving family and friends to live in a state where we knew basically no one was not an easy choice. But do I regret it? Not at all.

That feeling of absolute despair wasn’t as apparent anymore, and for the first time in nearly a year, I felt confident that my chosen career was what I was meant to do. I started drawing for fun again. I didn’t do that nearly as much before. My art career still hadn’t gotten out of its slump so I got a job as a teacher at a day care/ school near my home. My daughter was able to attend at a lower tuition cost and she excelled! I was able to start bringing in a consistent income for the first time in a year. The job was great, of coarse I gave it my 100% and enjoyed the class and the people I worked with but I knew it wasn’t what I was meant to do. I tried to bring my creative side into the classroom to help fill that void in my heart, but no matter how many projects, decorations or activities I planned, I never felt fulfilled.

I talked to my husband, and his answer was the same. He believed in me and knew I was meant for greater things in the art world.

I quit my job and began to draw again. Within a month after I quit, I got a small job that was equal to the pay I was receiving from the teaching job. I continued to work harder and harder. Finally, after a year in this drought, I had two large projects in the works with another two small jobs, bringing in enough to cover not only rent but groceries for the month as well.

I never gave up on my dream to work in the art industry. Even though at the time I was only working on small odd jobs, I was still happier then I had been in the last few months that I has been working as a teacher. Since I was a young girl in middle school, I knew what I wanted to be when I grew up. I wanted to work on television shows, video games and even on animated movies. I want my name to show up on that movie screen or even on that television screen. You may not see it, but I will. That feeling of pride and confidence is more intoxicating then anything I could ever imagine. That feeling happened once years ago. When I was 19, a friend of my family asked me if I’d like to create some Prop Art for a Disney Channel show he’s working on. I of coarse dove right in! I created a skateboard, a target, some flowers and flower pedals and even a used bandage. A year after I had completed that task, the episode aired. I woke up early to watch it with my husband, who was my serious boyfriend at the time.

I saw my drawings come to life. I was able to pick out each prop I had designed. I literally cried. That feeling of pride and humbleness that overcame me as I watched that episode is a feeling I will never forget and it’s a feeling that I crave to experience again, and I have worked for years to relive it.

It’s now August of 2019, and as of today I am about to start my very first official job in a production company as a 2D Character Layout Artist working on an upcoming 2D animated television series. My name WILL be in the credits on this show and I’ll get to have that experience I so crave for! I also have two additional jobs that are going on. My cup has FINALLY begun to pour over.

After all these years, after a terrible 2018, after almost throwing in the towel, I finally feel like I’m where I’m meant to be. Even now I know this doesn’t mean that I’m set for the future, but this is one very HUGE step forward!

One thing I can’t ever forget are the things that got me here. I started freelancing professionally at 19 years old, and now at 29, I can say that I have grown in so many ways. Life as a freelancer is never easy, but it’s worth every tear. Every heart pounding month of stress and fear. I’ve worked so hard to get to where I am after having little to no experience. Like I’ve mentioned before, I didn’t go to an art school. I took a semester of life drawing and watercolor in college but I didn’t learn about any of the Adobe suites or 3D modeling programs in any classroom, I had to teach myself from trial and error. It took HOURS of daily study. HOURS of YouTube video and page after page of hand written notes that I constantly referred to. My mother loves to say to me,”See, I knew you didn’t need to go to school! You’re talented and it shows and people notice that! You didn’t need that fancy art school to teach you anything!”… Now, I absolutely LOVE my mother, but she was and is DEAD WRONG. If I went to that art school, I would have been years ahead of where I am now. The only reason I’m where I am today is because I sacrificed my butt off to learn and practice and work so I could gain the amount of experience I needed to get “noticed”.

Talent could only take me so far. I have a passion for what I do which is why even after not going to art school and being years behind everyone I STILL pursued this career choice. The odds have been stacked against me and still are, but because I have pushed myself beyond my limits and proved myself time and time again to clients and companies, I have been able to join those people who were years ahead of me… it just took me a bit longer to get there.

And only NOW do I really feel like I’m in place where I truly belong.

My DREAM is to work for an animation studio and create characters and stories that will last the test of time. I want my name on that screen for all to see. I want my art to bring smiles and tears to your faces. I was meant to bring beauty to this world, and you bet your ass I’m going to do everything I can to get there and hang on to it and never let go. I wasn’t given this talent just so I could waste it… I was meant to do something that is so much bigger than myself.

Never EVER Give Up On Your Dreams… You CAN achieve anything if you are willing to sacrifice for it. I’m STILL working, and I don’t plan on stopping any time soon.